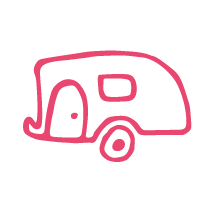 Everything happens for no reason

Lola thrives on empowering other people. She gets unashamedly excited when listening to people talk about their ideas and dreams and can’t help but throw her oar in with suggestions.

Lola is passionate about people doing the things they love, living life to the beat of their own drum and changing the world.

Lola is educated, compassionate and nosey. She loves to listen but also likes to know all the details. She is sarcastic, witty and has, at some point, found herself traveling a less traditional path through life.

It has taken her a while, but Lola gets that life isn’t a race but she sometimes needs reminding that there’s no end point, just baby steps along the way. She also slips into comparing where she is on the path with where her peers are.

Lola knows there’s shit loads of good to be done in the world and she wants to have a hand in doing it. She sees ideas for making an impact on other people, for creating a ripple effect, everywhere.

Like Cazzie, Lola doesn’t want to hustle her way through life – she’s been too old for all nighters since graduating with an airy fairy but interesting degree. Lola wants to combine doing things she loves and making an impact on the world with fun, excitement and adventure.

Sometimes Lola forgets that it’s ok to want to earn money and that doesn’t make her a bad person. She gets caught up in her super woman cape and tangled into the idea that she can only make a difference by giving her time, skills and knowledge away for pennies. She forgets that work can be fun, you can do what you want to do and make money.

Luckily, there’s a murmur inside Lola that is nudging her more and more strongly into the belief that life is an adventure and that it’s meant to be playful and daring. That life is meant to be lived.

Itchy feet mean Lola doesn’t want to be tied to one thing or one place forever.

She wants to follow her heart in the here and now but often finds herself caught up in the idea that she needs to be, do and know more in order to be successful. That murmur reminds her it’s ok not to do the same as everyone else, to have the same goals or objectives but that murmur often gets drowned out with all the chatter about six figure business and other people’s marks of success.

Lola needs a little nudge every now and then to remember she has her own goals and ambitions so doesn’t need to claim anyone else’s.

Lola just needs a little help in hearing what she knows inside herself – a spokesperson for the murmur she tends to ignore.

This website uses cookies to improve your experience while you navigate through the website. Out of these, the cookies that are categorized as necessary are stored on your browser as they are essential for the working of basic functionalities of the website. We also use third-party cookies that help us analyze and understand how you use this website. These cookies will be stored in your browser only with your consent. You also have the option to opt-out of these cookies. But opting out of some of these cookies may affect your browsing experience.
Necessary Always Enabled

Any cookies that may not be particularly necessary for the website to function and is used specifically to collect user personal data via analytics, ads, other embedded contents are termed as non-necessary cookies. It is mandatory to procure user consent prior to running these cookies on your website.