Cazzie has an inkling that she could be doing more with her life. She’s been busy putting other people’s needs first, getting the degree she ‘should’ get, taking the jobs she ‘should’ take, raising a family, supporting her friends. She’s created a happy, successful life and is surrounded by love and happiness.

But, there’s a whisper inside her that reminds her she has big dreams and ambitions of her own. A whisper that’s getting louder.

So Cazzie feels a little stuck in knowing what to do next. She has hobbies and things she loves doing but isn’t sure how to turn them into a business that generates profit. She may even have no idea which idea she could pursue but she’s holding herself back.

Cazzie is caught up in the idea that she needs to know what her long term plan is, that she needs an end goal clearly laid out. She’s been busy creating vision boards, imagining her perfect life, and filling journals with limiting beliefs then contradicting them. She’s signed up for courses and webinars and her inbox is filled with freebies and downloads all promising a magic answer. She’s thrown herself into self development ‘knowing’ that until she knows and does more, she can’t possibly follow her dream. 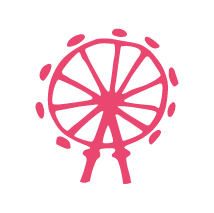 There is a freedom waiting for you,

On the breezes of the sky,

What if I fail?

Oh but my Darling, what if you fly?

What Cazzie hasn’t yet remembered is that we, as humans have an innate super power.

When faced with new situations that require new skills, we learn them. We have an innate ability to learn what we need, when we need it. She hasn’t realised that surrounding yourself with all the things, distracts you from the only tool you need. Yourself.

Cazzie has forgotten that life is a journey that’s made up from baby steps. has been thinking about listening to the beat that’s playing deep inside her for a while. She’s forgotten that work, business and ultimately life is meant to be fun. It’s meant to be exciting, playful and adventurous.

Cazzie is confident when she’s doing things she’s perfected, the things she has learned to do using the skills she’s developed over time. Cazzie sees women around her running their own businesses, achieving goals and living their ‘best life’ but having dipped her toe into that world, Cazzie all she sees is hustle and hard work.

Cazzie isn’t sure she wants it all enough to spend her days getting stuck in to mundane boring tasks, ticking things of to do lists then adding more because there’s always someone somewhere telling her that she must and should do XYZ in order to make it.

Cazzie wants to spend her days doing things that light her up and put a smile on her face. She unashamedly wants to make money, to support herself and her family without having to trade every hour of her waking day for pennies. So, Cazzie carries on with her everyday life, teetering on the edge of the entrepreneurial world but not ready to dive in alone.

Cazzie is creative and wants to unclip the wings that have been stifled by putting everyone else first. Cazzie is clever. She knows how to get shit done. She’s been successful in life and now feels like following her dreams has to mean starting all over again.

Cazzie has considered working with one of those coaches, you know the ones that claim to have a blueprint to success and to teach you how to be a ‘Mini Them’ But, that dam whisper held her back.

The whisper that’s getting louder and louder, encouraging Cazzie to trust herself, to follow her heart, to be courageous and brave and to see what happens when she listens.

This website uses cookies to improve your experience while you navigate through the website. Out of these, the cookies that are categorized as necessary are stored on your browser as they are essential for the working of basic functionalities of the website. We also use third-party cookies that help us analyze and understand how you use this website. These cookies will be stored in your browser only with your consent. You also have the option to opt-out of these cookies. But opting out of some of these cookies may affect your browsing experience.
Necessary Always Enabled
Necessary cookies are absolutely essential for the website to function properly. This category only includes cookies that ensures basic functionalities and security features of the website. These cookies do not store any personal information.
Non-necessary
Any cookies that may not be particularly necessary for the website to function and is used specifically to collect user personal data via analytics, ads, other embedded contents are termed as non-necessary cookies. It is mandatory to procure user consent prior to running these cookies on your website.
SAVE & ACCEPT